The garlic market is almost out of stock. Inventory is minimal, and only a small amount of garlic will be sold soon. In South Africa, this has resulted in very high local Garlic Price. Other countries will benefit from it again, such as Egypt, whose exports are increasing rapidly. Now, the market is waiting for new harvests in China and Spain. The garlic in the field is excellent, but the question is whether there will be enough workers to harvest. 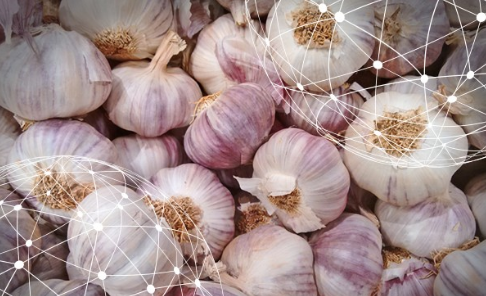 Netherlands: All garlic that arrives on the market is sold soon
According to a Dutch importer, due to special circumstances, the market demand for garlic is unexpectedly high, which has caused shortages for several weeks. For all importers, the operation of the entire supply chain appears chaotic. All garlic that reaches the market will be sold soon. Although the importers arrive every week, all products have been pre-sold, and the first batch of garlic they can sell freely will not arrive until mid-May.

In Spain, there is a labor shortage, and inventories are as good as China’s bumper harvest. Now it is the demand for new harvests in Spain and China and whether there is enough manual labor to process and package garlic. The garlic in the field is excellent, but this does not mean that it can quickly eliminate the market scarcity.

Germany: threatening shortages are characteristic of the market
Due to the blockade there, the supply from China is temporarily insufficient. Although German importers have been able to penetrate other suppliers in various ways, the quantity available in Spain is almost insufficient. As a result, there is a shortage in the entire market: as soon as new crops are harvested in Spain’s main growing regions, stocks will quickly dry up. In the past four weeks, retail demand has steadily increased, and people have begun to worry about whether and how to meet this demand in the long term. “Compared with normal sales, if not doubled, it has doubled. Obviously, garlic is related to health products that strengthen the immune system. Logically speaking, the market situation has affected prices that have risen in recent weeks. ”

France: Due to strong demand, the market is short of supplies
Garlic was one of the products whose demand increased during the crisis. The French market is almost empty, as is neighboring Spain. The greater demand raises the challenge of whether there is sufficient supply before Spain’s next harvest. This year’s harvest should be listed earlier than in previous years. In southeastern France, fresh garlic is already available on the market, but the quantity is not large. The first batch of dried purple garlic will be available around mid-July, followed by white garlic and then some pink garlic. There is no problem in the field, and the situation this season does not depend on there.

Spain: growers worry about a labor shortage
Since January, the price of Spanish garlic has increased by 15%. Due to the global market deficit, demand is high. The harvest of the new season starts in Andalusia in early May. Although the flood did not cause any damage here, the producers are paying close attention to quality. The acreage in Spain remains stable at 27,000 hectares. From the end of May to June, Spain’s most important production area, Castilië-La Mancha, began to harvest.

The biggest worry for growers is the shortage of pickers for the next season. Measures taken under special circumstances have closed the border, and immigrant workers cannot come to Spain. Garlic harvesting is very labor-intensive. The Spanish government is trying to solve the problem of temporary unemployment in the industry, but it takes time to train these inexperienced workers to pick garlic. According to the industry, the best solution is the temporary employment contract model for migrant workers in agriculture and horticulture in Germany.

Italy: Garlic growers are happy about the price increase
Italian garlic prices are rising, reaching a maximum of 30%. However, this is only a market recovery, because prices have been low for the past two years, and producers have little money to cover production costs. The chairman of a large garlic cooperative in northern Italy said that there is now a huge domestic demand for garlic. Supermarkets need packaged and certified garlic and prefer domestic products to foreign ones. The price increase in recent months has nothing to do with the effects caused by special circumstances.

A trader in northern Italy said that Egypt’s attractiveness to imported goods has been relatively low, and now it is interesting, with prices much higher than in previous years. “We started selling Egyptian garlic this weekend. Italy should start new harvests at the end of June, so there is still about two months left. The planting area is similar to last year’s production season. However, producers are worried about the shortage of manpower.” The organic products market more stable. “These quantities are reserved for professional customers, and the prices of these products have also increased significantly.”

Due to increasing demand in central Italy, a large producer has increased the planted area from 40 hectares to 55 hectares. At present, he has no products available, and the price is satisfactory.

Egypt: profit from the market shortage
This season’s garlic production can be similar to last year. The season of fresh garlic has just passed, and people began to eat dried garlic. The current demand is high, which allows Egypt to re-emerge in new markets. For example, exports to Brazil (this market was approved to open to Egypt last year) have increased again. Canada, the United States, and South Africa have also increased demand for Egyptian garlic.

South Africa: garlic prices are high
In South Africa, garlic currently comes from Spain and China. According to reports, some disruptions in logistics and inventories in the market have been very low. The price is about 91 South African rand per kilogram (4.43 euros) and is therefore very high (233% higher than the same period last year). This is not only because of market conditions but also because of weak exchange rates and currencies. More than 60% of garlic is imported. Local growers have now begun to grow garlic. However, some manufacturers have stopped production because they cannot compete with imports. Some retailers said they prefer domestic products this season.

Chile: growth in exports to Brazil
The harvest starts in November, and the peak appears from January to March. The main variety is Chinese purple garlic, and the main export destinations are Mexico and Brazil. The price is better than last year. Last year, the price was very poor due to competition from China. Brazil buys more Chilean garlic because anti-dumping measures have made China Garlic Price more expensive.
Mexico: Increased demand leads to inventory shortage
Mexico’s garlic season lasts from March to the end of July. Mexico grows a large amount of Chinese purple garlic and some white garlic. Due to the shortage of imported goods in China, the current demand is higher than normal. With huge demand and almost no inventory left, we are waiting for the next harvest phase at the end of May.

China: Prices may fall in the coming weeks
The garlic market is difficult to predict this year. Inventory is still very large, the new harvest will arrive in May, this year’s harvest is expected to be greater than last year. Normally, prices will fall now, but prices have remained high in the past few weeks. After the Lunar New Year, garlic is in great demand, but due to staff shortages or logistics problems, garlic cannot be delivered immediately. Therefore, despite the large inventory, the price is still high.

These problems were quickly resolved in China, and all companies could once again produce and export fully. However, due to the further development of special circumstances on a global scale, the logistics of importing countries are now experiencing difficulties, which may sometimes lead to delays. Chinese companies are now also extremely cautious and must reach a clear agreement before exporting. The price is expected to fall in the next few weeks, but it is unclear when it will start. In any case, the price will fall, because when the new garlic goes on the market, the old garlic will automatically lose some value, and its price will also drop.

North America: high prices for dried garlic
Garlic stocks in the North American market are also limited. Garlic imported from China accounts for 80% of the world’s garlic trade. The closure has affected the Canadian and US markets. With the disappearance of this import channel, the importing countries are mainly concentrated in Argentina and Spain, while the California and Mexico markets are closer to their home countries. Due to strong demand growth, these inventories quickly dried up, and now Spain, Mexico, and China are waiting for a new harvest at the end of May. Some inventory is now from California, where small-size garlic is now on sale. In some cases, prices have tripled. It is not expected that prices will return to normal before June. The garlic harvest in California is now all used in the retail industry because, in the first week of implementation, demand from the food industry disappeared. Now the demand in this industry has returned to 15-20% of the normal level.